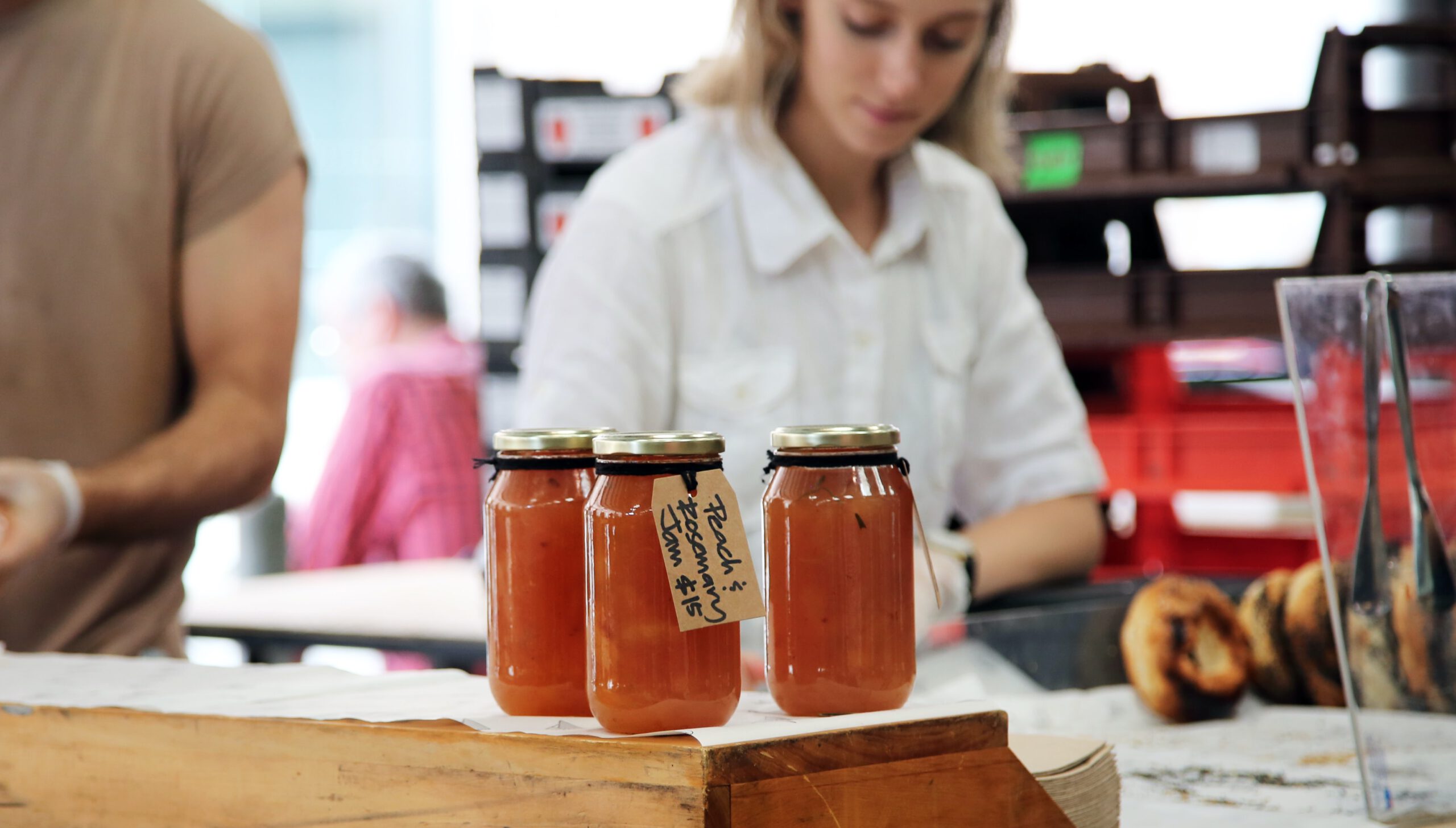 Thank’s Maria for the guest article! 😉

There is simply not enough time and energy for all matters. Petersburg woman Maria Volodko saw this as an idea for a business and began to prepare homemade food to order – for other mothers.

The service turned out to be in demand, and Maria is now the owner of a culinary shop. Maria Volodko told the Biz360.ru portal about why delicious borscht is sometimes delivered to clients along with vegetable peelings and how much you can earn on homemade food.

Maria Volodko , 35 years old, an entrepreneur from St. Petersburg, the founder of the Mama Nearby home food service  . He has two higher educations – a PR specialist and a specialist in state and municipal management, as well as an unfinished economic. While on leave for childcare, I came up with the “Mom is Near” service. She started making soups in her own kitchen, and in a year and a half the project grew to offline cooking.

After graduating from the Academy of Municipal Administration, I realized that I would never be an official. I want my job! She was on maternity leave twice.

How are we moms doing? All week she plowed at work or with children (lessons, circles, doctors, grandmothers, cooking, cleaning). Then – bam! – Saturday begins: everything is the same, only with a smile on his face for the family.

You dream of getting to the gym or beauty salon, but you still need to have time to cook lunch before the child’s naps. I bought a fresh chicken, I would wind up cutlets for the children, so that it would last for a week.

And then the birthday is planned, you need to have time to run in between for a manicure, dye your hair, cut your hair, find a new dress so that. In short, all mothers know stories. There is not enough time for anything! This is how the idea of   my project “Mom is Near” was born. So that mothers who are on parental leave were a little freer and happier.

I’ve always cooked well. From childhood I fed everyone. There is always a sea of food and family celebrations with feasts. So I’m no stranger to cooking deliciously for others.

The first dish that I thought other mothers would like was borscht. Almost everyone cooks it, but I wanted it to be no different from a home-made soup casserole – in taste and in the form of serving.

On February 16, 2017, I came up with the concept of the “Mom is Near” project – and immediately went to IKEA. With the money that my husband allocated for food and home, I bought four three-liter pots for 699 rubles. This was my start-up capital for “Mom is Near”.

Six liters of borscht at the start

They told about it on Instagram and Vkontakte. My friends are not bloggers, ordinary girls, but they made me advertisements with their posts.

The first clients were friends of friends and random girls who liked the photos on Instagram.

At first, one client a week was a win. Then 2-4 orders appeared a week. Then I switched to disposable dishes. All the clients were very pleasant. They thanked me so much for the food!

I also started a project account on Instagram and VKontakte, which I managed myself. So, thanks to real word of mouth, my client base began to grow.

Now I don’t know how I did everything myself in the project at first. I would definitely not do that again. Where did the strength come from?

She did not refuse anyone – she always fulfilled all wishes. She often slept four hours a day. She herself ran to the store for groceries, with her youngest daughter. Then I had to wear ready-made soups and cutlets.

Nobody wanted to pick up the order from my house, I took them to clients. The first time is free throughout the city. I ran out from one customer in order to quickly catch the next. I often dozed in the car, between deliveries, in order to gain some strength.

Half of the price is the cost of the products. Delivery in your own and the nearest to it districts – Vyborgsky, Kalininsky – is free. In other areas of St. Petersburg I had to make a paid delivery. The minimum order is 1300 rubles.

Most orders come before the weekend – on Thursday and Friday. It’s usually quiet on Tuesday. I collect orders in my groups on social networks – only they really work.

I had a negative review only once. And that is not a negative, and not even a remark. I was ordered cottage cheese Easter, but they did not turn out to be triangular, as in the classic recipe. They are made of very delicate cottage cheese and began to blur after I took them out of the refrigerator and took them to the client. On the way, I realized that the shape is different.

Expanding the project was a natural process, as cooking in my apartment became crowded.

4 months ago I registered an individual entrepreneur. I decided to switch to the format of a culinary store. True, the legal name had to be changed – now it is “Masha Nearby”. It turned out that the “Mom is Near” trademark, under which I started my project, was already occupied in another city. I looked at Instagram and the website of that project. But they immediately registered the trademark, and then I did not have the opportunity to do it. So it’s even better. I work openly, people know that I do everything in the kitchen. So it may be destiny to insert my personal name into the title.

I was looking for a room for future cooking via the Internet. A couple of times I went to factories that rent their kitchens by the hour, on night shifts, for example. I didn’t like it, I wanted a newer and cleaner room.

Photo by Caroline Attwood on Unsplash