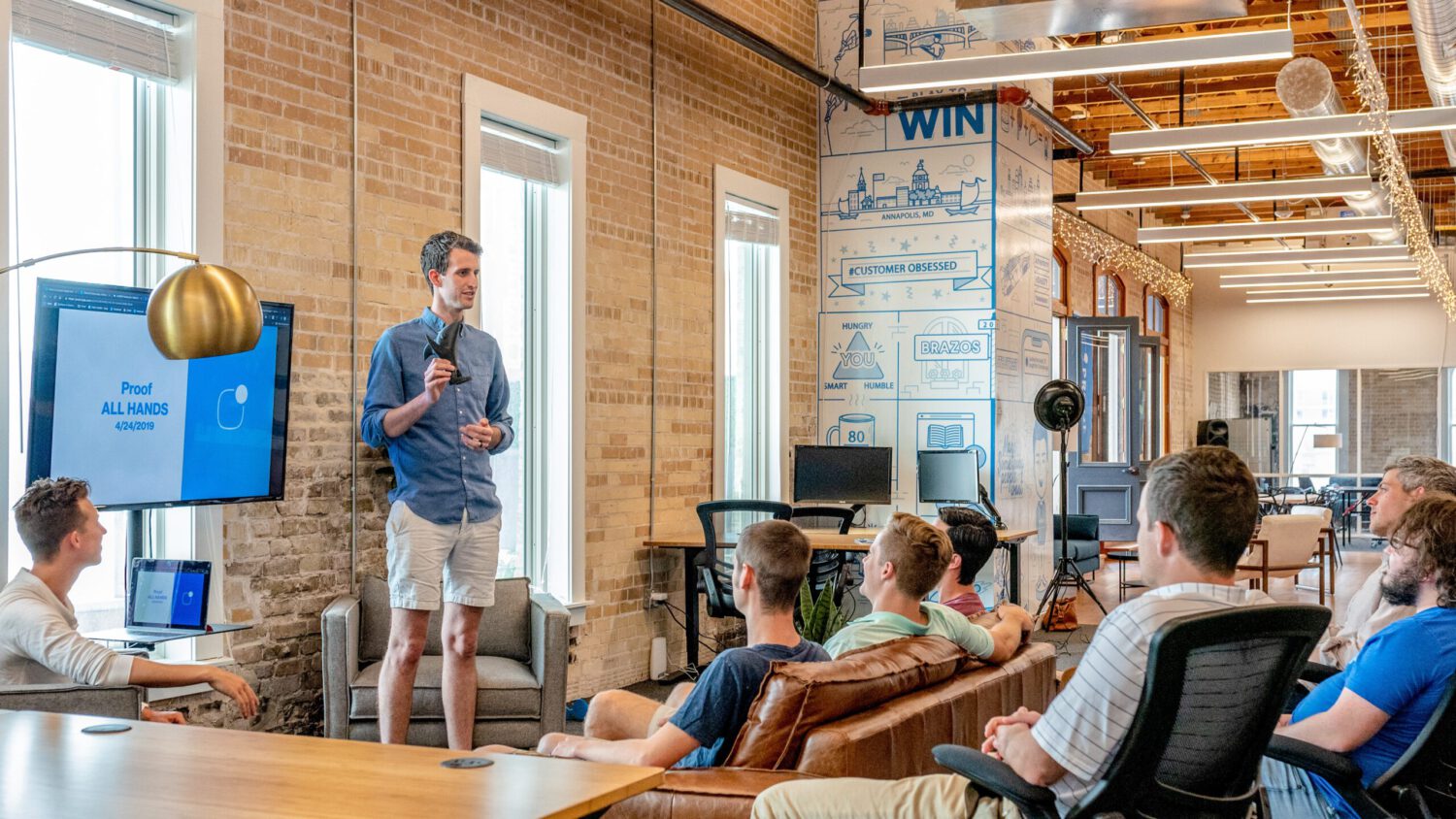 In 2014, with the help of De:coding’s science department, a study of millennials was conducted. The goal was to understand the emerging moods and new attitudes in their midst, which had not yet become widespread.

The obtained insights helped to interact with innovators – those who initiate changes in society and without whom it is impossible to bring new ideas and products to the market. It was these people who answered the question of what ideas and practices will be popular for society in the next few years (a description of the Rogers curve and the spread of trends is in our previous material).

Let me remind you that five years ago, for millennial innovators, work was a priority in life. No one doubted that it was necessary to move forward at all costs. Sports as a way to keep the body in good shape was indispensable as a source of endorphins and adrenaline, as it provided high intellectual performance. Generation Y was keen on healthy lifestyle and proclaimed detox as a new religion, because the brain needed the right nutrients.

In 2014, these attitudes appeared among trendsetters, and today they are shared by the majority. A prime example is the spread of running culture. The parkrun movement originated five years ago in 8 Moscow parks and over the course of several years has spread throughout the country: today, 32 cities and 57 parks of the country hold regular weekly free races. In 2014, 4,000 people ran the Moscow Marathon, and in 2018, 30,000 finished .

Five years later, as part of the Brandwave project, a new research was conducted to understand what practices will be popular among Generation Y in the next few years. In short: society is waiting for changes. Some examples.

Self-care instead of obsession with healthy lifestyle

In the past, millennials saw the body as a very important mechanism for work, which converts nutrients into quality fuel for the brain. The global media also began writing about this five years ago: “Years of athletic training will help you strike a decisive blow when the time comes to look.

Today, this way of thinking is characteristic of society as a whole: “Sport has a beneficial effect on success at work” (Men’s Life); “Fitness will help make a career” (Cosmo).

However, generation Y has changed over the years – its representatives are beginning to perceive the body and psyche as a single whole. In sports, you do not have to achieve heights: you can go to the pool not to get ready for the Ironman, but just swim and relax. In place of a healthy lifestyle race came self-care within reasonable limits. Millennials are beginning to question some practices: Is sugar (or gluten) really worth making our worst enemy? Is a paleo diet really necessary , or is it better to switch to intuitive eating?

Generation Y wants to find harmony between body and mind, and therefore increasingly prefers not sports and diets, but meditative practices. Smartphone apps aimed at teaching meditation and proper breathing (for example, Calm, Headspace, 10% Happier) burst into the top list of stores last year and showed explosive growth. According to a TechCrunch report , their revenue increased 170% in early 2018. A Rock Health study shows that millennials spend a third of their income on wellness.

The body has always been perceived as something secondary to the intellect and the mental world. Often – as something ugly. Physiology was mercilessly banished from the communication process.

Millennials have ceased to separate the body from the psyche, and this is connected with an interest in how, in principle, the body works. If you open any online library, you will find the books “Charming Gut” or “Food and Brain” on the bestseller lists. The more Generation Y learns about physiology, the less it sees taboo zones in it. The body is not ugly, and everything that happens inside is completely normal. Previously, a public discussion of a topic such as menstruation was impossible to imagine. Generation Y begins to abandon such taboos and love their appearance, not embarrassed by either breast shape or scars.

Most of society cannot accept the idea that psychotherapists are a necessity. According to VTsIOM data for 2018, 66% of Russians try to solve their mental problems with the help of family members and relatives, and only 1% turn to psychotherapists, and 9% of respondents had a psychologist. Changes begin in megacities: since 2016, Moscow residents have begun to resort to online consultations of psychologists more often and to call the support service. In the capital , a network of 23 subdivisions of the “Moscow service of psychological assistance to the population” was deployed , where the reception is carried out non-stop.

The digital age is driving the spread of the practice of referring to specialists. There are more and more digital platforms where consultations can be obtained remotely. Psychologists say that today clients are increasingly agreeing to consultations on the Internet – although five years ago they treated this with distrust.

Unlike most of society, millennials are beginning to talk openly about using therapists. Generation Y no longer questions whether it’s okay to “heal the head” is just part of self-care, psychological hygiene. The criterion for choosing a specialist is becoming relevant – how to distinguish professional psychotherapists from charlatans.

Parenting is a profession

Generation Y knows much more about the processes occurring in the psyche than their parents. Millennials themselves often suffer from traumatic childhood experiences. They want to avoid the mistakes of previous generations and therefore treat parenting as a profession. Kinks are not complete.

As noted in the New York Times, modern parenting is merciless: it requires many times more time, effort and money than 50 years ago. Today a working mother deals with her child much more time than a housewife of the 70s and worries that this is not enough.

Unlike their parents, who spent time in “adult” conversations while the children occupied themselves, millennials tend to spend “quality” time with their children: they read, play games, do creative work, walk or take them to developmental classes. They are increasingly inclined to help children experience emotions rather than punish them for tantrums. Generation Y constantly criticizes themselves for not making ideal parents, and they fight this stress by reading resources like Mel and No, It’s OK.

Guilt before the planet

The desire to raise children in a healthy atmosphere is being transformed into a sense of responsibility towards future generations of the inhabitants of the Earth. Millennials would like to help the planet get rid of pollution , which gained momentum just when they were born – in the early 80s of the last century. They feel guilty for the fact that nine out of ten inhabitants of the Earth breathe poisonous air every day .

The Y generation – or “Generation Plastic” – feels his involvement in the death of an annual 9 million people who die from diseases associated with pollution. This is 15 times more than the number of people who die as a result of wars and physical violence.

Anxiety for the future of humanity is leading generation Y to change their habits today so as not to cause even greater environmental damage to the planet. Thrifty consumption is becoming one of the hottest topics among trendsetters.

A million new users appear on the Internet every day . When you read this sentence, 11 people are logging onto the web for the first time. In five years, the number of social media subscribers worldwide has doubled . And the list of billionaire social networks has increased to 20. To maintain viable accounts in each of them, you will have to spend in front of the screen 24 hours a day.

Each of the Internet users comes to the network with their own morality. As in life, people behave in completely different ways, and the concepts of good and evil are blurred in the vastness of the network. For millennials, however, it’s important to stay good – as naive as it sounds (which is why articles in the series “97 Easy Ways to Become a Good Person” find their audience).

The chaos and lack of control of what is happening on the Internet no longer suit them – they need a new ethics and uniform laws of communication. Generation Y really cares about whether they can post and like detailed photographs of victims of the tragedy; will it be hypocrisy to “gatsbeat” on social media ; how to react to a photo of your best friend’s boyfriend on Tinder.

Photo by Austin Distel on Unsplash