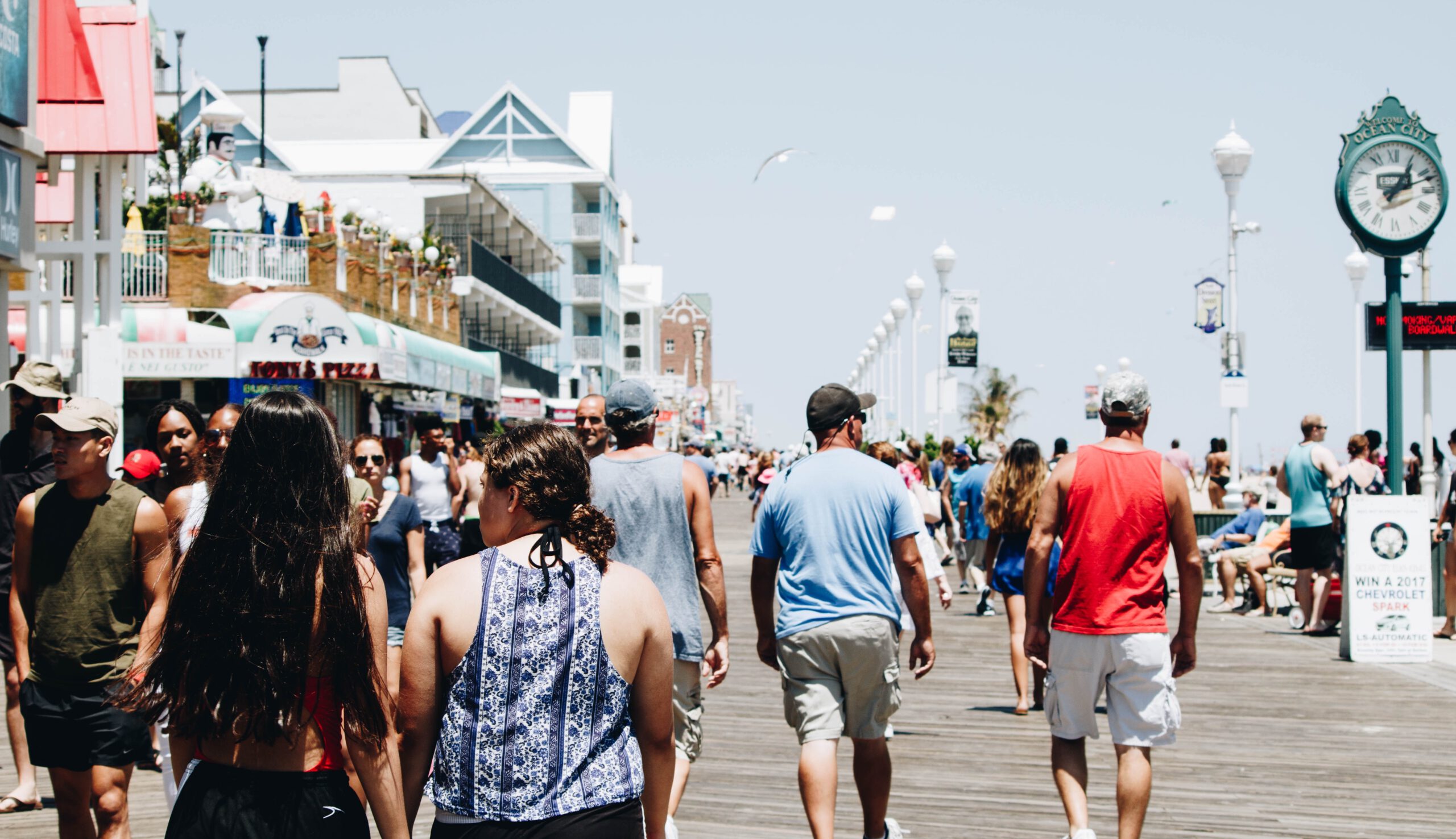 In 2019, the World Tourism Organization (UNWTO) registered 1.5 billion international tourist trips around the world. Four percent growth from the previous year, also projected for 2020, confirms that tourism is a leading and resilient sector of the economy, especially amid the current global uncertainty.

At the same time, it requires responsible management of ongoing growth in order to make the best use of the opportunities that tourism can create for people around the world.

In 2019, all regions saw an increase in international tourism. Nevertheless, uncertainty surrounding Brexit, the collapse of tour operator Thomas Cook, geopolitical and social tensions, and a slowdown in the global economy collectively contributed to a slowdown in growth in 2019, compared to an exceptional pace in 2017 and 2018. This process mainly affected the developed countries and especially Europe and the Asia-Pacific region.

Growth is projected in 2020 from 3% to 4%, as reflected in the latest UNWTO Confidence Index, which shows cautious optimism: 47% of participants believe that tourism performance will improve, and 43% that it will remain at the same level as in 2019.

The Middle East became the fastest growing region for international tourist trips in 2019, nearly double the global average (+ 8%). The growth in international travel in the Asia-Pacific region has slowed but remains above average at 5%.

Europe , which also experienced slower growth than in previous years (+ 4%), remains the leader in terms of international travel, with 743 million foreign tourists visiting Europe in 2019, accounting for 51% of the global market.

The Americas (+ 2%) showed a mixed picture, as many island travel destinations in the Caribbean strengthened their position after recovering from the 2017 hurricanes, while travel to South America declined, in part due to continued social and political shocks.

Amid the global economic downturn, tourism spending continued to rise, especially among the top ten global spending leaders. France reported the strongest growth in international travel spending among the world’s top ten outbound tourism markets (+ 11%), while the United States (+ 6%) led the way in absolute terms, boosted by a strong dollar.

In the first half of 2019, outbound travel from China, the world’s largest source of outbound tourism, increased by 14%, while spending fell by 4%.

Economic outlook, international trade tensions, social unrest and geopolitical uncertainty, “our sector continues to outpace the global economy and encourages us to not only grow but get better,” he added.

is one of the most visited by tourists in Europe and the world. According to the World Tourism Organization – WTO, London is ranked second in the top ten most visited cities in the world. And unlike many other cities in the world, its attendance is by no means associated with excellent weather conditions. It is the culture of the country, and in particular its historical and architectural heritage, as is known, that is of main interest to most tourists. So, in 2013, 54% of tourists who came for recreation, visited castles, churches, monuments and other historical sites. In 2014, their share increased to 59%. In addition, in 2013, 41% of foreign tourists visited museums and art galleries.

The UK tourism industry is under the responsibility of the Department of Culture, Media and Sports. Its funding and operation are the responsibility of the regional government organizations created in 1969: the Wales Tourism Board, the Scottish Tourist Board, the English Tourist Board and the British Tourism Authority. Tourism ranks fifth in terms of volume in the country’s economy – higher than construction, and as an export sector – third after the chemical industry and financial services.

The economic crisis, which peaked in 2008, has had a negative impact on the global economy. According to the World Tourism Organization – UNWTO, in 2009 worldwide revenues from international tourism decreased by 6% – to 852 billion dollars. The number of visits to Great Britain by foreign tourists also decreased – from 32 to 30 million people. By the time the crisis hit the country, its national debt was $ 1.4 trillion, and the budget deficit was the highest in Europe. The new coalition government has begun to cut government spending, including in the field of culture. The austerity measures were so widespread that they affected not only the funded cultural institutions, but also the cultural authorities themselves.

These measures caused widespread discontent among cultural workers and the creative community, and on March 25, 2010, the country’s leading cultural institutions published a document entitled “Capital of Culture: A Manifesto for the Future”, in which they tried to demonstrate how investment in culture can help social and economic recovery in the UK during the recession. The Manifesto cited facts confirming, in particular, that historical tourism brings in more than £ 20 billion. Art. in the country’s GDP – more than advertising or the automotive industry.

As part of the austerity program aimed at overcoming the consequences of the crisis, funding for the cultural sector was subjected to large-scale cuts, affecting the funding of a large number of cultural institutions, which previously received continuous subsidies. In carrying out these measures, the government announced a new course, during which state organizations will now obtain their own part of the funding by looking for private sources of it. Thus, in October 2010, the government announced that the budgets of VisitBritain and VisitEngland, which previously had exclusively government funding, would be cut in real terms by 2014-2015. by 34%. The minister’s message to the Chairman of VisitBritain said: “Your administrative budgets will be cut by about 50% in real terms,

The 2011 Tourism Strategy announced a major restructuring of tourism organizations: for example, VisitBritain should be “refocused” on “researching, creating and supporting a number of marketing campaigns to attract more and more inbound tourists to the UK”, other responsibilities will be transferred to VisitEngland or removed … Regional state tourism organizations are being transformed into destination management organizations, independent from the state and characterized by a variety of structures and goals, which are more dependent on local conditions and business needs. These include local tourism support organizations, local business networks, as well as Local Enterprise Partnerships, created instead of Regional Development Agencies, local business partnerships and local councils. It is expected that these organizations will be less dependent on government funding, as they will be funded through partnerships with private businesses.

Government funding for tourism has previously come from a variety of channels, including local governments, regional development agencies and VisitBritain. After all these organizations were faced with a reduction in their costs in real terms – while the regional development agencies were completely eliminated, there were concerns among industry experts that the industry would not receive the level of government support on which it relied recently. … New local business partnerships have taken over some agency functions, but they have not been able to completely replace regional councils.

The Travel Alliance expressed concern about the impact that the transition from regional development agencies to local business partnerships could have in terms of promoting tourism, saying there is a risk that tourism development will be lost in the transition from agencies to business partnerships: “Quite it is likely that some of the critical core tourism development objectives previously carried out through agencies will be phased out before the new mechanisms are in place. ”

In today’s difficult economic conditions, the tourism industry is viewed by the UK government as a locomotive of economic growth, which, even in an economic downturn, can, as experience has shown, rely on an increase in inbound tourism from countries with a better economic situation. However, the economic downturn forced the government to seriously reduce public funding for tourism organizations in the country, which nevertheless face ambitious and complex tasks to increase the volume of inbound and domestic tourism, as well as to successfully compete for the industry as a whole in the global market.

Photo by Oscar Bonilla on Unsplash